I’m always intrigued about behind the scenes of anything I don’t know about. It’s so easy to think we know what’s going on, or to make 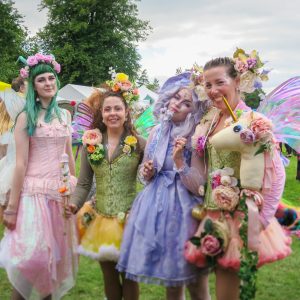 assumptions over what we’re not being told; or just guess at what it’s like to do something we don’t do ourselves. We can go about our life and meet people along the way, and I always want to know what is really going on with what they do…

If you’ve been following my recent news posts and blog posts, you’ll know I was due to have a stall at the New Forest Fairy Festival at the weekend, but with two days before setting up, we were told it was cancelled. And as the news began to sink in, I got more and more angry about it, because I didn’t understand why. The rule of six had come into place two weeks previously and all was still on track to go ahead with all the possible Covid-19 safety measures in place. Really, nothing had changed, so why was the festival cancelled at the last minute? I’ve known Holly, the organiser, since the very first New Forest Fairy Festival, and it has always been run well – much better than some of the larger festivals I’ve had a stall at, so I couldn’t help thinking there was something we weren’t being told.

And then, a couple of days later, she put up a statement on the festival’s facebook page, which reads as follows:

I decided to post this as an insight to some of what goes on behind the scenes for a festival organiser – even for a small, two-day, daytime family event such as this. I had certainly not appreciated what Holly was going through, and am still baffled as to why anyone would be against the festival. I’d be interested to know behind the scenes of the councils and the public health authority, as I feel like something isn’t quite right there and there’s more to it. Anyway, I will be writing to the relevent people and telling them of the wider implications from closing the festival; not only taking away economy for Burley, the village it takes place in; not only the disappointment of all the people looking forward to it; but also the financial impact on the festival and all the independent stallholders who rely on it as a major part of their income.